Yeah, I'm trying to change the look of my blog again.  It isn't going as planned.  The title image isn't centered, I'm missing some links in the yellow ribbon area, and the T-Rex image didn't shrink to fit.  So much for doing a quick fix-up.  Ugh!

I haven't posted in a little while- I've been super duper busy working on my CBook2 project, and it's due tomorrow!  So when it's finally done, I will post my art here on my blog.  I've learned a lot in the past week, but I will have to tell you about that some other time!
Posted by Melanie Linden Chan at 2:10 AM No comments:

In my writing class tonight, our teacher shared with us a book to think about on our way home, as is custom in our class.  She has been talking a lot about finding your "feeling place," as an author, and bringing your audience right there with you.  This book nailed it. 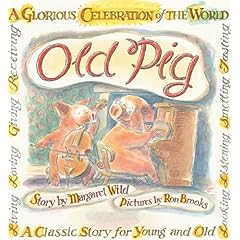 "Old Pig" by Margaret Wild and Illustrated by Ron Brooks
The entire story is about...should I even say it?  Life and death.  Without even mentioning the d-word, the story spoke so loudly and vividly- I did everything in my power to keep from crying and the tears still came.  I don't think a story book has ever had that kind of impact on me before.  And I know for sure I am not alone in that assessment, because when my teacher was done reading the story, the room was so quiet you could have heard an ant fart.  I wanted to curl up in a ball and sob in my husband's arms.

So, that said, I think you should read it.  If you want to be a good author, learning how to speak without actually saying is something we all need to learn to do.  The illustrations at first seemed a bit simple, because I was expecting some sort of zany story about an old pig, (but it was far from that), and the images fit the hopeful and full-of-life mood quite perfectly.

Just be sure to have your snot rag ready.
Posted by Melanie Linden Chan at 12:28 AM No comments:

I was reading my Horn Book magazine this morning, and found an interesting tidbit of advice from none other than the Great Katherine Paterson, author of one of my favorites ever: Bridge to Terabithia.  She was just awarded the position of the National Ambassador for Young People's Literature (CONGRATS!!), and the entire March/April issue was dedicated to her.  In one of the articles, an author (Linda Sue Park) talks about how following Katherine's simple advice made her the author she is today.  What was the advice?

This advice is pretty similar to what we are doing in my writing class, because I have found that writing for 20 minutes a day (when I finally remember to do it) usually yields about two pages of writing.  It really is true- the more you write, the better you become at doing it.  This is also the theme for Gail Carson Levine's Writing Magic: Creating Stories that Fly, a book I highly recommend for anyone who needs a push in the right direction.

Combine that book, with your timer, while typing on Write-or-Die's scary website, you're sure to get something other than cobwebs out of that hollow head of yours!
Posted by Melanie Linden Chan at 2:46 PM No comments:

We've been learning about different types of children's book markets, in both of my classes, and it seems every time I think I've got them straight, I find I am wrong once again!  So which is it- School & Library, Trade Book, or Mass Market?  It is time for me to get it right, once and for all!

In my search for the Truth, I have found an excellent breakdown of the children's book market via a very cool website called "The Purple Crayon."  Click here to see the article.

I recently purchased this cute little book at BJ's, because I fell in love with the illustration, and the story.  It is a squishy hardcover board book, and I think it would be considered a Mass Market book.  Either way, it's super cute! 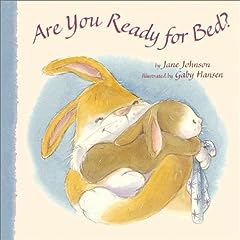 Posted by Melanie Linden Chan at 1:58 PM No comments:

That's complete EARWAX!!!
Posted by Melanie Linden Chan at 1:52 AM No comments:

Ahhh, my favorite quote by the one and only, Dumbledore.  This quote often pops into my head when something makes me sigh, and say Alas!

And earwax it certainly is.

So that is my homework for the week, due at exactly 8pm Sunday night for my writing class.  Harumph!

It's just as well.  I wanted a challenge, and I wanted to learn, and I still want to publish my story, so I will keep the faith and trust my professor, and accept the challenge with a brave heart!  I shall turn my Harumph into a Hurrah!  So, if I don't get a chance to write down each and every thing I have learned this week, then I am still stuck in the re-writing process, so please leave a message after the beep!  Off I go...
Posted by Melanie Linden Chan at 11:35 PM No comments:

Posted by Melanie Linden Chan at 5:25 PM No comments:

So the big news today is that Final Fantasy XIII (that's 13, you know) has officially been released.  Normally I wouldn't really care about this kind of thing, however a certain *someone* in my household was very excited, because it has taken them ages (like 4 years or so) to finally finish the darn thing.

Why do I care now?  Well, if you are as lucky as I am to have the occasional gamer in the house, you will have the chance to see some really great art, and awesome fantasy storytelling, without having to play the thing yourself.  The little movies they play in between the game time are exceptional- I am known to linger around the television and get my projects done in the living room to increase my chances of seeing them.  I cannot begin to imagine the time the artists spent on rendering realistic textures: from hair, to pores of the skin, to leather and metallic surfaces.  It's hard enough to do this sort of thing in pencil...but they do it all on screen.

I have a great deal of respect for the teams who put together a project of this monstrous size, and for those with such amazing imaginations to come up with a new story line, year after year.

So don't be knocking the gamers- they are, essentially, reading watching and experiencing an interactive story, which also happens to have cool sound effects and musical numbers worthy of professional orchestras (which they are, no kidding).  Game on, my friends!
Posted by Melanie Linden Chan at 4:13 PM No comments:

Just checking out a few artists via the Illustrator's Gallery on SCBWI.org, (backwards alphabetically), and found a few cool sites and art I'd like to share with you:

http://www.wendywahman.com/pages/homeFlash.php  << go ahead, pick her nose!
http://www.annawalker.com.au/index.php?option=com_content&task=view&id=3&Itemid=11  << love it
http://www.tammyyee.com/ << for my Hawaii cravings
http://yokobooks.exblog.jp/  << just something about it...
http://www.kyleart.com/  << aWesomE plus cuteness in one!
http://www.robynwaters.com/  << wicked colorful and rich
http://oreganosdrawingboard.blogspot.com/  << cool with a touch of creepy (no offense! haha!)
http://allisonweaverstudio.blogspot.com/  << whimsical
http://msweber.net/index2.php  << just overall good art
http://www.pennyweberart.com/  << reminds me of Steven Kellogg... a classic!
http://www.belginkwedman.com/elephant_prince.htm  << touch of India
http://www.teriweidner.com/  << lots of character!!

There weren't any artists under the "X" heading.  Someone should change their name just so they would have their own page!

Done surfing, now it's time to go dry off!  Later!
Posted by Melanie Linden Chan at 9:49 PM No comments:

Well, Spring has sprung, (in school, at least...) and we are starting a new semester!  Hooray!

So for my second Children's Book Illustration class, we are working on a mock "real" project, as if we were assigned this project in the professional world.  Yessss, finally some practice!  Our job is to do two double-page spreads of either a short story or a poem, both of which were provided for this project.  Learned something useful already:

**Do your sketches on tracing paper, over the original printed sheet that has the text layout.**

Well, duh to me!  I didn't think I would like it much, but it's actually very helpful.  I will post my sketches as they come, as long as you promise not to be mean and steal them.

Also, in my writing class we have been told to write for 10 minutes each day, which will help me to blog a bit more regularly, so we shall see where that goes!  I also learned of a few new sites, so I have posted them in a "For Writers" section somewhere in my right column over there. >>>>

Until next time!
Posted by Melanie Linden Chan at 4:06 PM No comments: