As the summer is coming to a close, it suddenly hit me that the holidays will soon be upon us, and I thought, "UH OH."

Because it was in my plans to have a calendar full of new art for 2013! I haven't created anything frame-worthy for a while due to working on Little Raindrop's book, so it sort of feels like I haven't accomplished much this year.

In the meantime, I've been ordering mats and prints of my work so I can sell them starting in November. I'll be getting my Society6 store ready for online orders as well. I'm not good with the shipping/post office thing, so I'll leave that up to them. And I should probably clean up my CafePress shop, too...

Here are some of the sketches I've done so far, (the good, the bad, and the ehhhh): 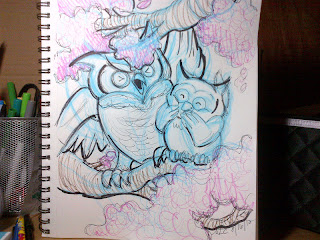 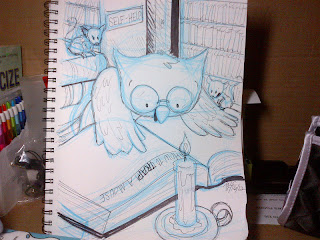 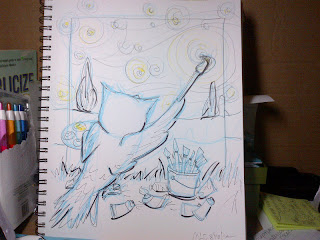 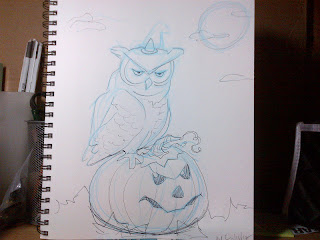 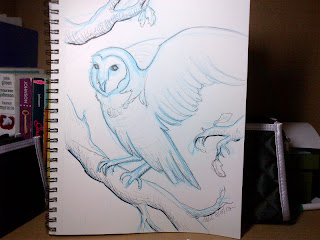 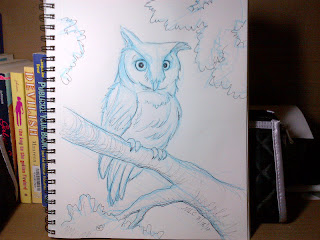 There is a theme to this new calendar... but I won't tell you what it is! It's going to be a surprise! (And I don't mean the obvious!)

Lessons From a Mouse (a famous one!)

As you've probably noticed...I've been away for a couple of weeks. Hubs and I were stocking up on rest and relaxation, good food, good company, and good fun in sunny California. We visited family in San Francisco, friends in Santa Barbara, drove through horrid traffic in LA, and hung out with a mouse in Anaheim! It was a fantastic trip, but I didn't leave without getting a lesson about making my dreams come true. (Good 'ol Walt pulls it off every time!)

You know it... we went to Disneyland! 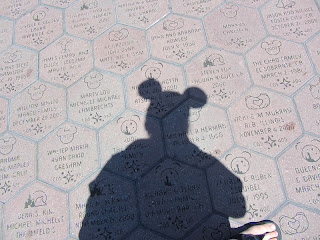 We not only got to visit THE Disneyland, the place where Walt Disney actually walked and took a chance on his dreams, be we also visited the Walt Disney Family Museum in San Francisco, where we learned all about Walt's many successes, and many failures.

You see, Walt Disney started working when he was about 7 years old (or maybe 8? I'm bad at remembering numbers...) where he trudged through the snow on his father's paper route. He sold his drawings to friends and neighbors. He worked for a cannery, boxing up jams and things. He worked on a train selling food and the news to passengers. He worked for the Red Cross, because he wasn't able to get into the military. And he worked hard enough to earn himself a scholarship at the Kansas City Art institute. This all happened before he turned twenty! (And there is plenty more I'm forgetting to tell you about!)

After graduation, Walt and his college buddy Ub Iwerks then started a small animation company (yay!) that ended up going bankrupt (boo!). So they moved to Hollywood and worked on the "Alice Comedies" instead, (yay!) which eventually died off (boo). Then he invented a character called Oswald the Lucky Rabbit, who was successful (yay!) but the rights were stolen from Walt (boo!).

And you know what he had to say about that?

And then came along Mickey Mouse! (You tell 'em, Walt!)

Fast forward to many successful years later when Walt sat down on a park bench with his children, and decided he wanted his own theme park. A CLEAN one, mind you, where people could go for some serious fun. And thus began his quest to build Disneyland.

After the completion of the park, though, Walt soon realized it wasn't enough. Maybe it had been for the guests, but not for Walt. He wanted to block out the sounds of traffic, the city skyline, and create a bigger separation from the World and Reality. He wanted a place where guests could truly get away from work and lost in another world. So he moved on, kept improving, and he started building Disney World.

Unfortunately, he didn't get to see that dream to completion. Walt passed away before Disney World opened. But he sure did change the world, didn't he? Take these quotes, for example: 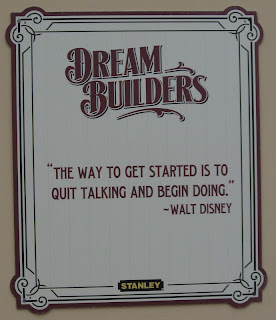 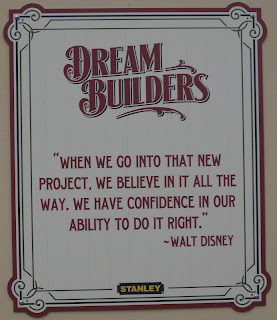 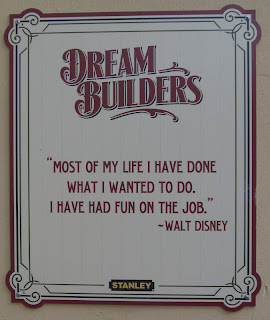 There are far more up and downs in Walt's crazy, amazing life history. I'm not going to get into them all. But the biggest lesson here is to always be striving for the best, for the next big step, for moving forward and not looking back. No matter how many trips or falls we have, just dust off your pants and keep moving along.